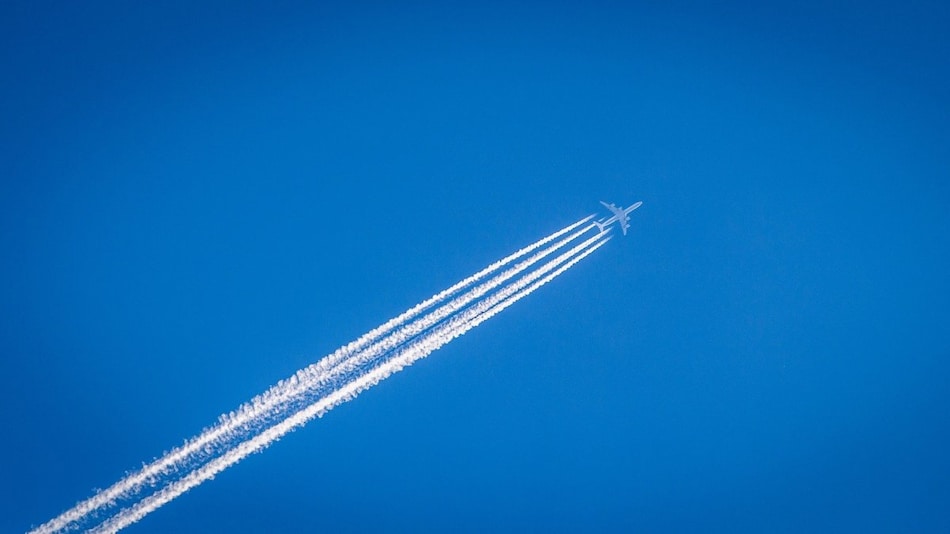 A new breakthrough could help reduced the carbon footprint of air travel, with the aim to bring emissions by jets to net zero. A team of researchers from Oxford University has successfully managed to turn carbon dioxide (CO2) into jet fuel, though as of now the experiment was performed at a very small scale. As concerns about climate change keep mounting by the day, scientists have been looking into converting CO2 into sustainable, synthetic hydrocarbons fuels for transportation purposes for a few years now. As of now, this reverse engineering has only been experimented in the lab but could be a game-changer when introduced on a larger scale – making air travel carbon neutral.

The team of researchers have discovered a way to use low-cost iron catalysts to convert CO2 in the atmosphere (or directly from emissions of factories) into synthetic jet fuel. The scientists first prepare the Fe-Mn-K (iron-manganese-potassium) catalyst by the organic combustion method (OCM). This catalyst then exhibits a CO2 conversion through hydrogenation to hydrocarbons in the aviation jet fuel range of 38.2 percent and a low carbon monoxide output of 5.6 percent. The conversion reaction also produces other by-products which are important raw materials for the petrochemical industry and are presently also only obtained from fossil crude oil.

In this method, the carbon dioxide extracted from air is employed for conversion and later re-emitted from jet fuels when combusted in flight. Resultantly, the overall effect of this process is a carbon-neutral fuel. 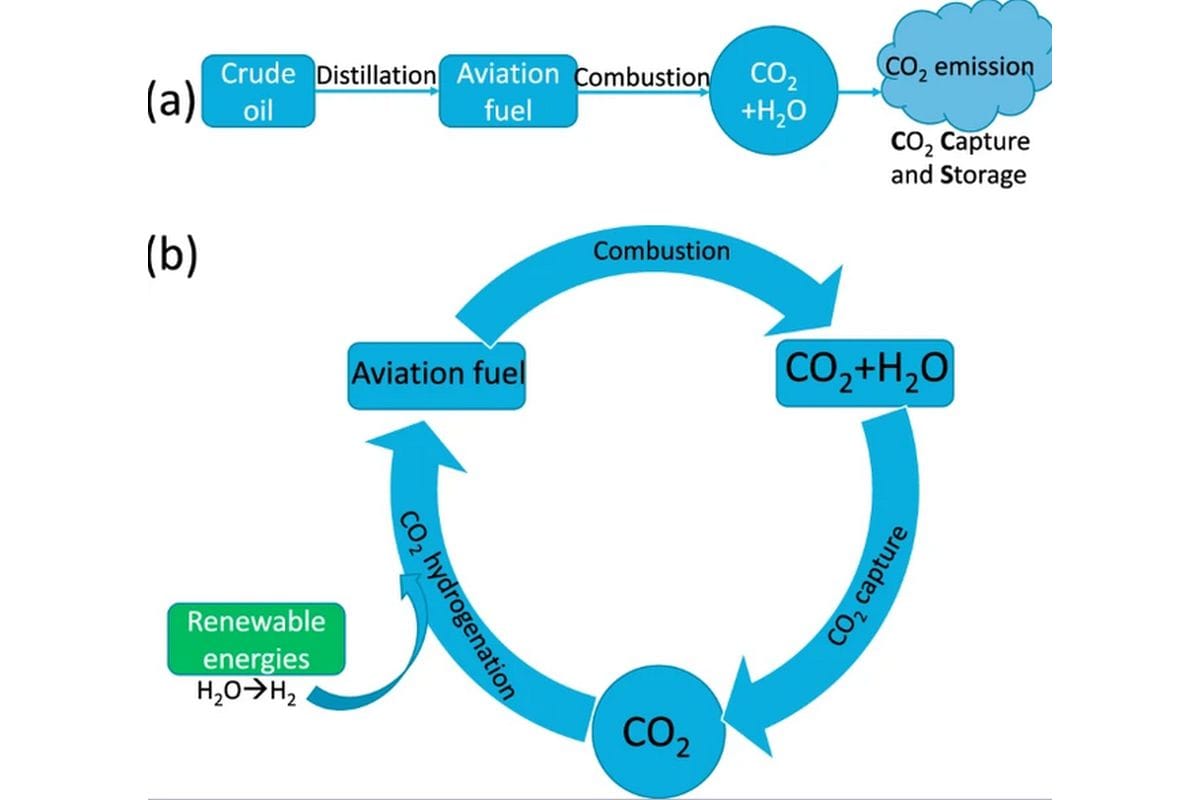 As of now, this process remains inside the walls of the lab. There are challenges that need to be overcome before this could be made a practically viable method of aviation fuel production. One of the hurdles involve carbon capturing – the process of capturing carbon from the atmosphere. The activation of CO2 is also a challenge. Another complication is that hydrocarbon synthesis via the hydrogenation of CO2 usually favours the formation of short-chain, rather than the desirable long-chain that is required for the synthesis of aviation fuel.

This new process represents a significant social advance that highlights CO2 recycling and resource conservation as an important, pivotal aspect of greenhouse gas management and sustainable development. This catalytic process is expected to be the route to achieving net-zero carbon emissions from the aviation industry in the near future – that is until we as a society are fully equipped to run on eco-friendly electric airplanes.

Speaking to Wired, one of the paper’s authors, Tiancun Xiao from Oxford’s Department of Chemistry, said, “Climate change is accelerating, and we have huge carbon dioxide emissions. The infrastructure of hydrocarbon fuels is already there. This process could help relieve climate change and use the current carbon infrastructure for sustainable development.”