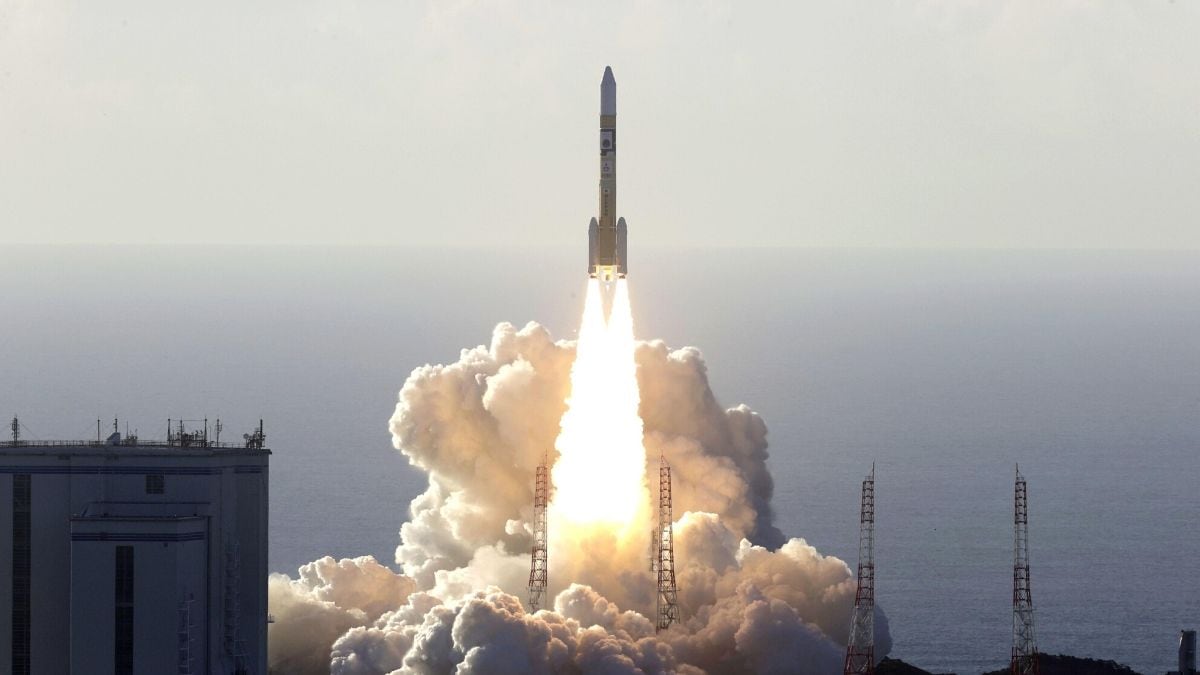 A United Arab Emirates spacecraft rocketed into blue skies from a Japanese launch centre Monday at the start of a seven-month journey to Mars on the Arab world’s first interplanetary mission.

The liftoff of the Mars orbiter named Amal, or Hope, starts a rush to fly to Earth’s neighbor that is scheduled to be followed in the next few days by China and the United States.

At the space centre in Dubai, people watching were transfixed by the liftoff, then cheered and clapped, with one woman with offering a celebratory cry common for weddings.

Amal blasted off from the Tanegashima Space Center aboard a Mitsubishi Heavy Industries’ H-IIA rocket on time at 6:58 am local time after being delayed five days by bad weather.

Mitsubishi later said the probe successfully separated from the rocket and was now on its solo journey to Mars.

The probe was sending signals that would be analysed later but everything appeared good for now, Omran Sharaf, the UAE Mars mission director told journalists in Dubai about an hour and a half after liftoff.

Amal is set to reach Mars in February 2021, the year the UAE celebrates 50 years since the country’s formation. In September that year, Amal will start transmitting Martian atmospheric data, which will be made available to the international scientific community, Sharaf said.

“The UAE is now a member of the club and we will learn more and we will engage more and we’ll continue developing our space exploration program,” UAE Space Agency chief Mohammed Al Ahbabi told a joint online news conference from Tanegashima.

At Mohammed bin Rashid Space Center in Dubai, Emirati men in their traditional white kandora robes and women in their black abayas watched the liftoff. As its stages separated, a cheer went out from men seated on the floor. They began clapping, one using his face mask, worn due to the coronavirus pandemic, to wipe away a tear.

“It was great to see everything going according to schedule today. It looks like things are all on track. It’s a huge step in terms of space exploration to have a nation like the UAE taking that giant leap to send a spacecraft to Mars,” astronomer Fred Watson said. “Being on route to a planet like Mars is an exceptional achievement.”

A newcomer in space development, the UAE has successfully put three Earth observation satellites into orbit. Two were developed by South Korea and launched by Russia, and a third — its own — was launched by Japan.

A successful mission to Mars would be a major step for the oil-dependent economy seeking a future in space, coming less than a year after the launch of the first UAE astronaut, Hazzaa Ali Almansoori. He spent over a week at the International Space Station last fall.

“It sends a very strong message to the Arab youth that if the UAE is able to reach Mars in less than 50 years, they could do much more,” Sharaf told The Associated Press on Sunday as his colleagues prepared for the launch.

The Emiratis also acknowledged it represented a step forward for the Arab world, the home of mathematicians and scientists for centuries before the wars and chaos that have gripped wide swathes of it in recent times.

“So the region has been going through tough times in the past decades, if not centuries,” Sharaf said. “Now we have the case of the UAE, a country that’s moving forward with its plans, looking at the future and the future of region also.”

For its first Mars mission, the UAE chose partners instead of doing it all on its own.

“Developing a spacecraft is not easy even if there is ample funding,” said Junya Terazono, an astronomer at Aizu University.

Emirati scientists worked with researchers at the University of Colorado Boulder, University of California, Berkeley, and Arizona State University. The spacecraft was assembled at Boulder and transported to Japan as the two countries looked to expand their ties with the rich and politically stable Middle Eastern nation.

The Amal spacecraft, along with its launch, cost $200 million (roughly Rs. 1,498 crores), according to Sharaf. Operation costs at Mars have yet to be divulged.

Amal, about the size of a small car, carries three instruments to study the upper atmosphere and monitor climate change while circling the red planet for at least two years. It is set to follow up on NASA’s Maven orbiter sent to Mars in 2014 to study how the planet went from a warm, wet world that may have harbored microbial life during its first billion years, to the cold, barren place of today. Hope also plans to send back images of weather changes.

Japan has long collaborated with the US and other partners in defense and space technology, and the resource-poor country has traditionally kept friendly ties with Middle Eastern countries. Japan’s launch services are known for accuracy and an on-time record, but the providers are working to cut costs to be more internationally competitive.

Two other Mars missions are planned in coming days. China aims to explore the Martian surface with an orbiter and rover and to search for water and ice with a launch expected around Thursday. The US plans to send a rover named Perseverance to search for signs of ancient life and collect rock and soil samples for return to Earth. Liftoff is targeted for July 30.

Japan has its own Mars mission planned in 2024. It plans to send spacecraft to the Martian moon Phobos to collect samples to bring back to Earth in 2029.