The data was presented by Canalys, which in a report also presented the year-on-year data. According to the report, the top five smartphone manufacturers in terms of shipment in India in the previous quarter were Xiaomi, Vivo, Samsung, Realme, and Oppo. 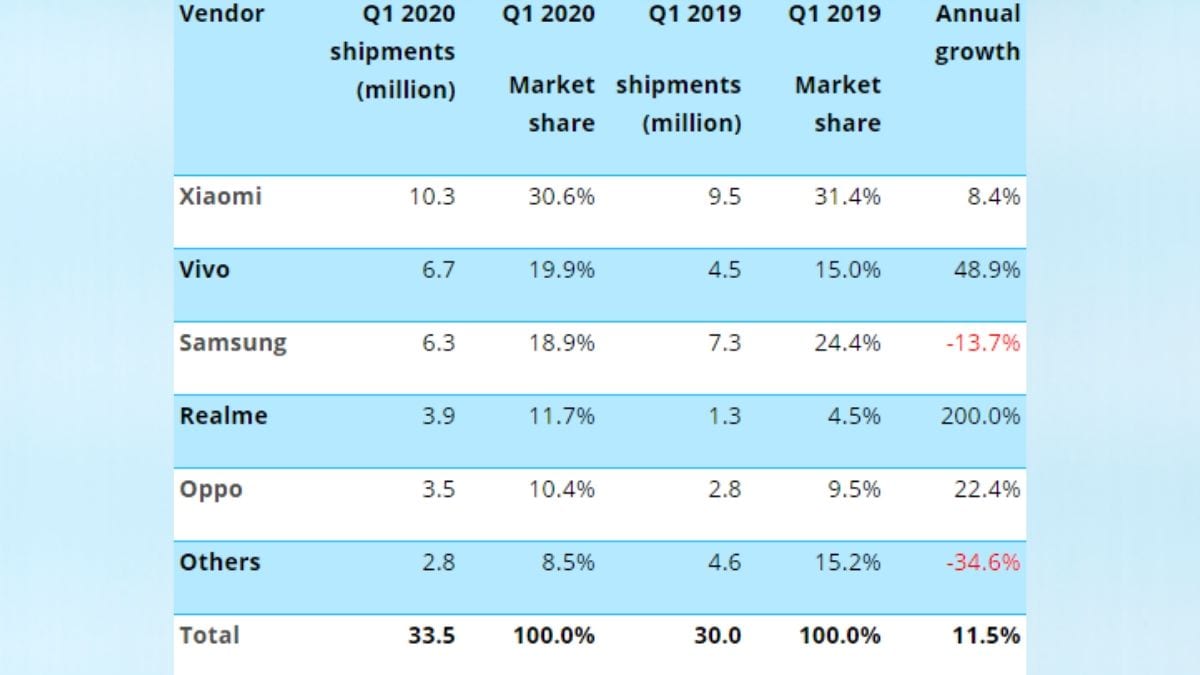 The big winner in this quarter is Vivo whose smartphone shipments in the first quarter of 2020 grew 48.9 percent from 4.5 million in the same quarter last year to 6.7 million. Moreover, in the first quarter of 2020, Vivo had a market share of 19.9 percent. Speaking more on Vivo’s latest feat, Canalys Analyst Madhumita Chaudhary said that the growth in shipments is largely attributed to the “planned stockpiles ahead of the high-profile Indian Premier League (IPL).” The company is IPL’s title sponsor till 2022. Chaudhary cautioned that as IPL is postponed due to the coronavirus lockdown, “Vivo will struggle to see a quick sell-through when the lockdown lifts.”