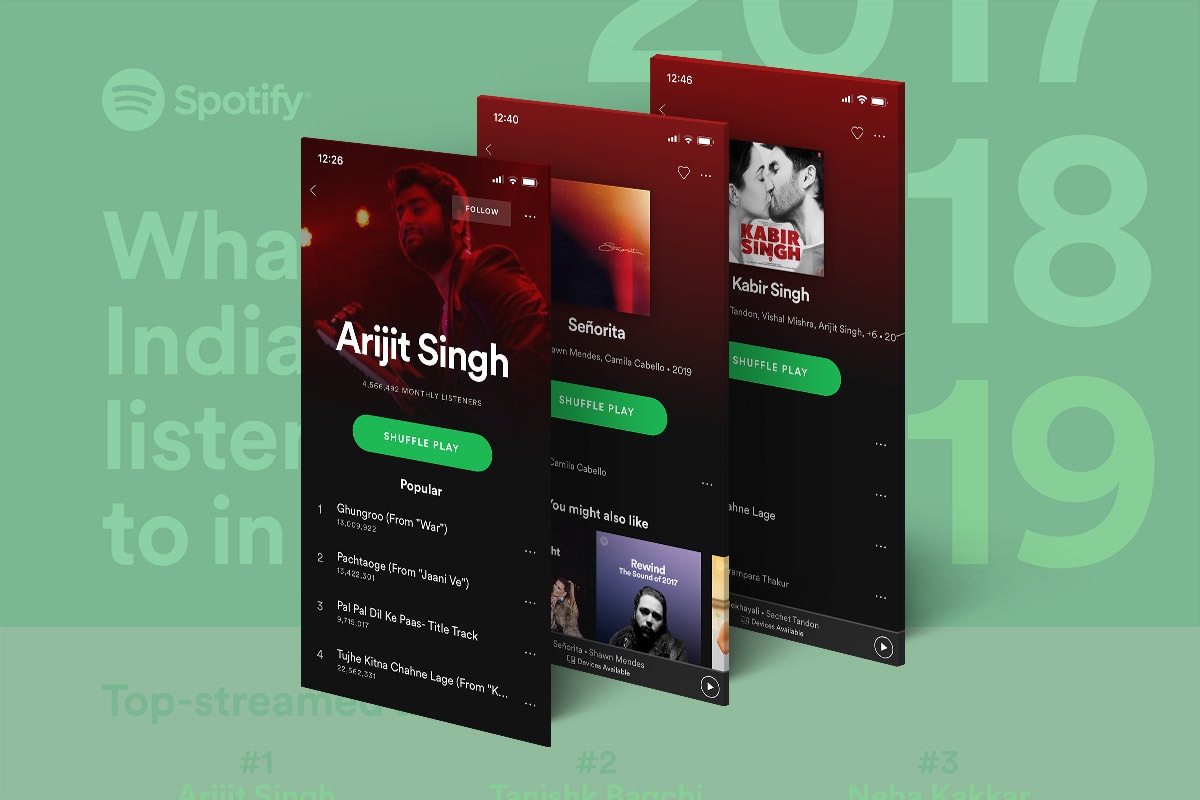 With the year drawing to a close, Spotify has revealed the most listened-to songs, artists, albums, and podcasts in India — and globally — in 2019, which feature the likes of Arijit Singh, Kabir Singh, and Camila Cabello and Shawn Mendes’ “Señorita”. Interestingly, “Señorita” is the only international single on Spotify India’s 2019 top-streamed song list. More importantly, it’s at the top spot — which is also its global standing. That is also partly true in the artists’ bracket, with Post Malone the worldwide leader in 2019 on Spotify and the only international act to feature in the India-only list. The only Indian representation on the global front is “Modern Bollywood”, the top breakout genre in 2019.

Globally, Spotify also revealed the most-streamed artists and songs of the decade — Drake, and Ed Sheeran’s “Shape of You” are leading the way — what with the 2010s coming to an end. That of course makes no sense to do in India, considering Spotify only launched at the end of February in the country. But the bigger footnote with Spotify India listening trends is that music streaming still accounts for just 10 percent of India’s population at around 150 million, per a Deloitte report from last year, and Spotify’s share is only 2 million, the last time it disclosed numbers. It’s also worth noting that millions of songs are still missing, thanks to the tiff with Warner Music and Saregama.

In terms of moods and playlists, though Spotify didn’t share a full list, it revealed that “love” and “chill” are India’s top moods, with Bollywood Mush and Warm Fuzzy Feeling, and Bollywood Acoustic and Chill Tracks being the top ones respectively in those two categories. And on the whole, the most popular Spotify playlists in India in 2019 were “Today’s Top Hits”, followed by “All Out 10s”, “Top Hits Hindi”, and “New Music Hindi”.