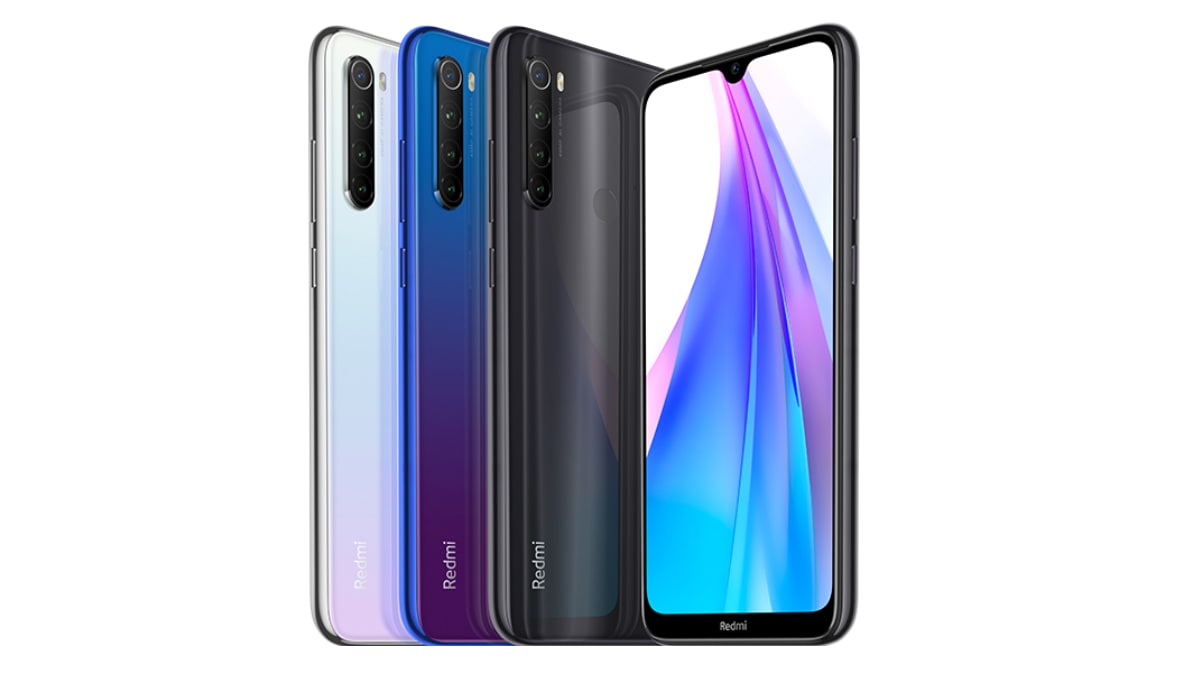 Highlights
In This Article

Redmi Note 8T has been launched as a new model in Xiaomi’s Redmi Note 8 series. The latest Redmi device is touted to the “all-star” smartphone that caters to the growing requirements of worldwide consumers. Key highlights of the Redmi Note 8T include a 19.5:9 display, quad rear camera setup, and an octa-core Qualcomm Snapdragon 665 AIE SoC. The handset is protected by Corning Gorilla Glass 5 protection on its front and back. All this makes the new smartphone look quite similar to the Redmi Note 8. However, Xiaomi has provided NFC support. The company said at an event in Madrid, Spain that NFC is one of the highly demanded features by its customers.

Xiaomi will start selling the Redmi Note 8T in France from November 13. It will be available for purchase through major sales channels, including Mi.com, FNac, Darty, Electro Depot, Auchan, and Mi Home stores. Further, the handset will soon debut in the UK, Netherlands, Belgium, and Luxembourg. There are no details on its global launch, though.

The dual-SIM (Nano) Redmi Note 8T runs Android 9 Pie with MIUI 10 and features a 6.3-inch full-HD+ (1080×2340 pixels) in-cell LCD panel with 88.3 percent screen-to-body ratio, 84 percent NTSC colour gamut, and 19.5:9 aspect ratio. The display panel comes with a waterdrop-style notch and includes features such as Sunlight Mode, Night Mode, and Reading Mode. Under the hood, the smartphone is powered by the Qualcomm Snapdragon 665 AIE SoC, paired with Adreno 610 GPU and up to 4GB LPDDR4X RAM.

In terms of optics, the quad rear camera setup of the Redmi Note 8T houses a 48-megapixel Samsung GM1 primary sensor with an f/1.79 six-piece lens and an 8-megapixel secondary sensor with an ultra-wide-angle lens that offers 120-degree of Field-of-view (FoV). There are also two 2-megapixel image sensors for depth sensing and macro photography. The rear camera setup is accompanied by a dual-LED flash. For selfies, there is a 13-megapixel camera sensor at the front. The frontal sensor supports features such as AI Beautify, AI portrait selfies, AI scene detection, AI face unlock, and Palm Shutter.

The Redmi Note 8T has up to 128GB of onboard storage that is expandable via microSD card (up to 256GB). Connectivity options include 4G LTE, Wi-Fi 802.11ac, Bluetooth v5.0, GPS/ A-GPS, USB-Type C, and 3.5mm headphone jack. Sensors on board include an accelerometer, ambient light, gyroscope, infrared (IR) blaster, fingerprint sensor, and proximity sensor. Besides, the phone packs a 4,000mAh battery with 18W and Quick Charge 3.0 fast charging support.