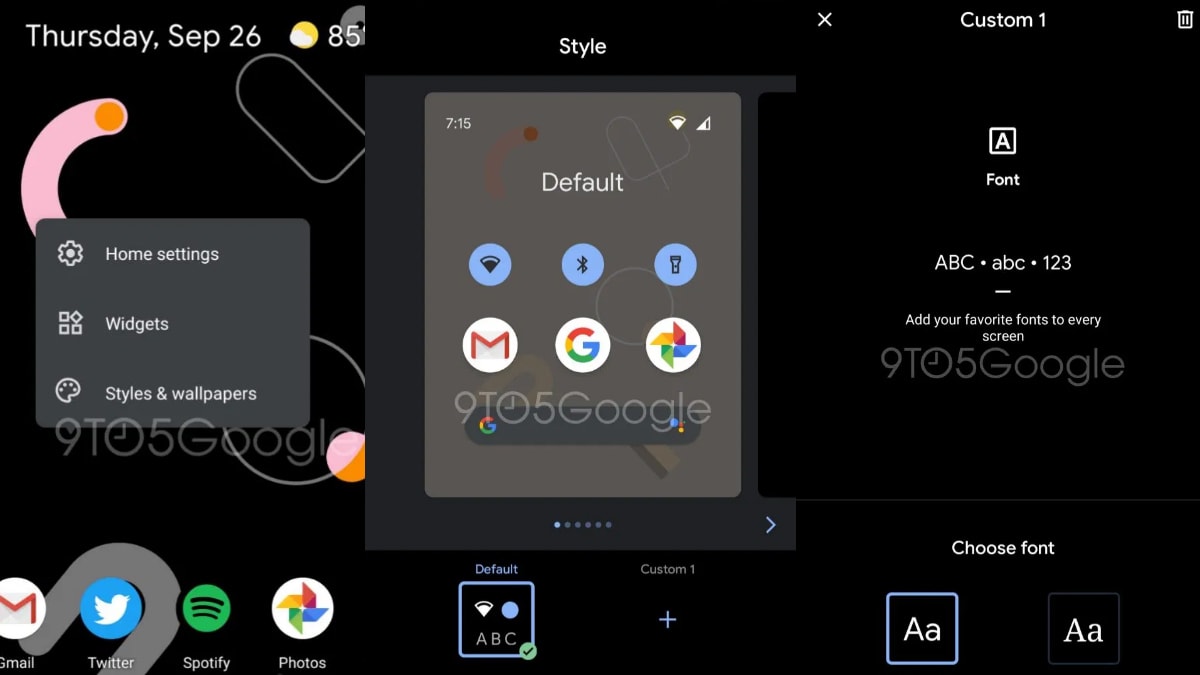 Pixel 4 is just around the corner, and possible software additions to the Google flagship are now leaking online. The company will reportedly integrate a new theming app inside Pixel 4 bringing deep customisation to the UI design on your new phone. The Google Wallpaper app will also receive an update bringing new live wallpapers, and more. The Pixel 4 will reportedly also have a new ‘Recorder’ app that will enable users to record audio and share it via apps, messages, and more. Separately, Motion Sense on Pixel 4 is now reported to work on many music apps with more expected to be added in the future, and work in as many as 38 countries.

Starting with the theming app, Pixel 4 is reported to empower users to tweak how their UI will look and feel. The app offers deep personalisation features like creating custom themes, make system-wide font adjustments, customise icon shapes, and add new colour accents like blue, brown, green, purple, and more. 9to5Google reports that this app will make its debut alongside the Pixel 4 and will be called Pixel Themes. Those who cannot wait can try it out by downloading the Pixel Themes 10 app via APK Mirror. You will require Android 10 and Pixel Launcher installed on your phone, for this to work.

As mentioned, Pixel 4 also appears set to bring an updated Google Wallpaper app that will add customisation options and new backgrounds and landscapes as well. The Pixel Wallpapers 19 APK iIs also available, but it requires Android 10 to run on phones. For all others, developer Pranay Pandey has detailed a workaround, and you can read his detailed post to get more clarification.

Lastly, the Google Recorder app for Pixel 4 has also been leaked by 9to5Google, and it enables users to record audio and share it on varied third-party apps. An APK Mirror for this app is also available, and it requires Android 9.0 Pie and above to work