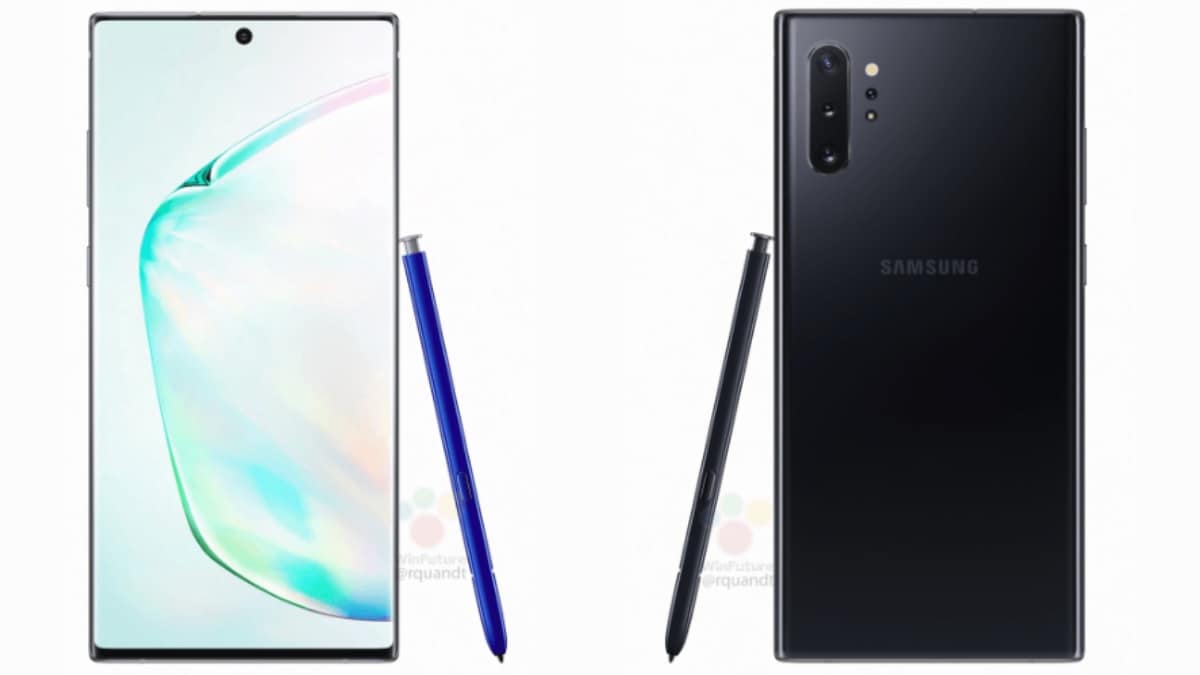 Samsung Galaxy Note 10 series leaks are coming right and left, and the latest ones somewhat round up the whole core package of the upcoming flagships. The key specifications of the Galaxy Note 10 and the Galaxy Note 10+ have surfaced online from a reliable source, in addition to some details about other innovation. Noteworthy among them is an updated S Pen that will support what is being called “Air Actions” gestures, allowing users to navigate through the phone’s UI without having to touch the screen.

As per information shared by prolific [email protected], the Samsung Galaxy Note 10 will feature a 6.3-inch Infinity-O AMOLED display and will be powered by the in-house Exynos 9825 SoC or the Snapdragon 855 Plus SoC, despite a previous report saying otherwise. The phone is tipped to pack 256GB of UFS 3.0 internal storage. In the camera department, the Galaxy Note 10 will reportedly pack a 12-megapixel primary sensor, assisted by a 16-megapixel ultra wide angle camera and a 12-megapixel telephoto lens.

The Samsung Galaxy Note 10 is said to come equipped with a 3,600mAh battery that will support 45W charging and will deliver a PowerShare output of 15W to wirelessly charge another device. Moreover, the phone is tipped to come with a 25W charger in the retail package. The S Pen is tipped to support what is called “Air Actions” gestures that will allow the S Pen to perform certain actions on the phone without touching the display. 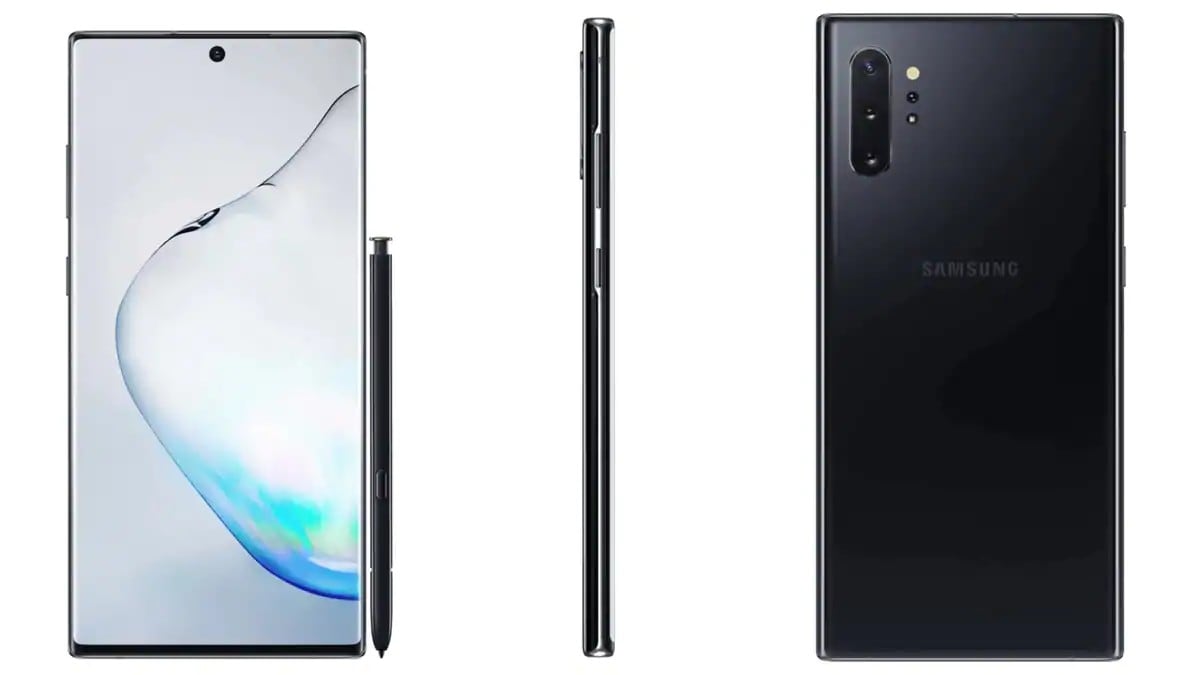 As for the Galaxy Note 10+, the tipster shared that it will feature a larger 6.8-inch Infinity-O AMOLED display and will be powered by the Snapdragon 855 Plus or the Exynos 9825 depending upon the region, pairing it up with 8GB of RAM and 256GB of internal storage. The camera hardware is identical to that of the Galaxy Note 10 – a 12-megapixel main snapper + 16-megapixel ultra wide angle camera + 12-megapixel telephoto lens.

However, the Galaxy Note 10+ will pack an additional DepthVision ToF sensor. The phone is tipped to come equipped with a 4,300mAh battery that will support 45W charging, 15W PowerShare output for reverse wireless charging, and will reportedly come with a 25W charger in the retail package. Just like its smaller sibling, the Galaxy Note 10+ will come with an updated S Pen that supports gesture controls.

Moreover, WinFuture has also leaked some additional details about the Galaxy Note 10+ and its S Pen, that fall in line with previous leaks. The report says that the Galaxy Note 10+ will pack a 6.8-inch display with the Dynamic OLED technology, a pixel density of 498ppi, and a QHD+ (1,440 x 3,040 pixels) resolution. The display is HDR10+ certified and will be protected by Gorilla Glass 6.

The display will retain the always-on feature and will also integrate the ultrasonic in-display fingerprint sensor. Notably, both phones will omit the 3.5mm headphone jack, just as leaked case renders had tipped.

As for the updated S Pen, it will support gestures for hands-free interaction with the Galaxy Note 10. Additionally, the new S Pen will be able to identify 4,096 pressure levels and will come with IP68 certification for protection against dust and water, while input latency stands at 70ms. Talking about the cameras, the Galaxy Note 10+ will carry over the variable aperture technology from previous Samsung flagships