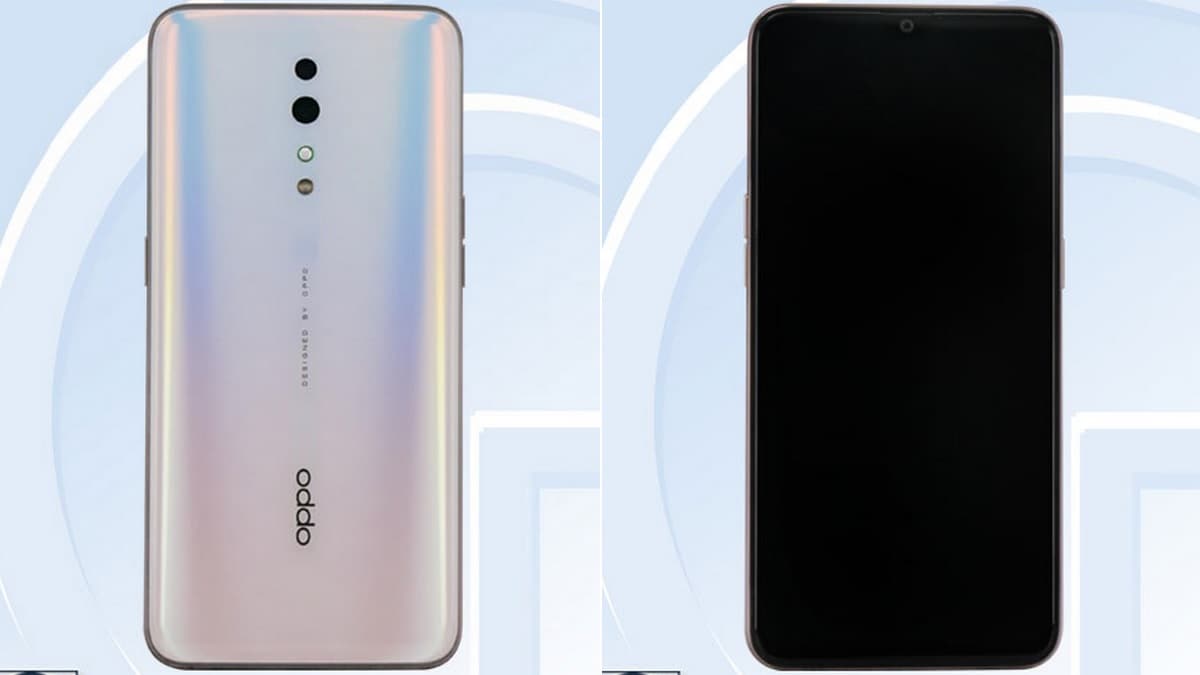 Oppo recently launched two phones in the new Reno series – the vanilla Oppo Reno and the Oppo Reno 10x Zoom Edition. The company is now apparently preparing to add a new member to the Reno series that has already received the TENAA certification, pointing towards an imminent launch. The upcoming Oppo phone’s TENAA listing has revealed its design that appears to include a gradient finish, alongside some of its key specifications. As per the TENAA database, the upcoming Oppo phone will pack dual rear cameras, a 32-megapixel front camera, and will come in four colour options.

The yet-to-be-announced Oppo phone was spotted on the TENAA database carrying the model numbers PCDM10 and PCDT10, with both listings featuring the same images and product details.

Starting with the design, the phone appears to flaunt a white gradient texture on the rear panel with a tinge of blue, and looks quite similar to the Oppo Reno which was unveiled last month. But unlike the Oppo Reno, which featured a side-swing selfie front camera, the Oppo PCDM10 sports a front camera housed in a waterdrop notch. The lack of a rear-mounted fingerprint sensor indicates that the phone will come equipped with an in-display fingerprint sensor.

Talking about the specifications, the TENAA database reveals that the Oppo PCDM10 packs a 6.4-inch full-HD+ (2340×1080 pixels) AMOLED display. The phone will be powered by an octa-core processor clocked at 2.2GHz, paired with 6GB of RAM and 128GB of internal storage. However, it is not clear whether the SoC powering the phone is a Snapdragon or MediaTek offering. On the software side, the upcoming Oppo phone is tipped to run Android Pie.

In the imaging department, the Oppo PCDM10 will pack a 48-megapixel primary rear camera assisted by a 5-megapixel secondary camera, while a 32-megapixel sensor will take care of things on the front. The rear camera setup is identical to the one on the Oppo Reno, which again hints that the Oppo PCDM10 is a new entrant in the Reno series. The TENAA listing also notes that the upcoming Oppo phone will pack a 3,950mAh battery and will come in white, purple, red, and black colour options. The dimensions of the phone are 157.3×74.9×9.1 mm, while the weight is listed at 186 grams.