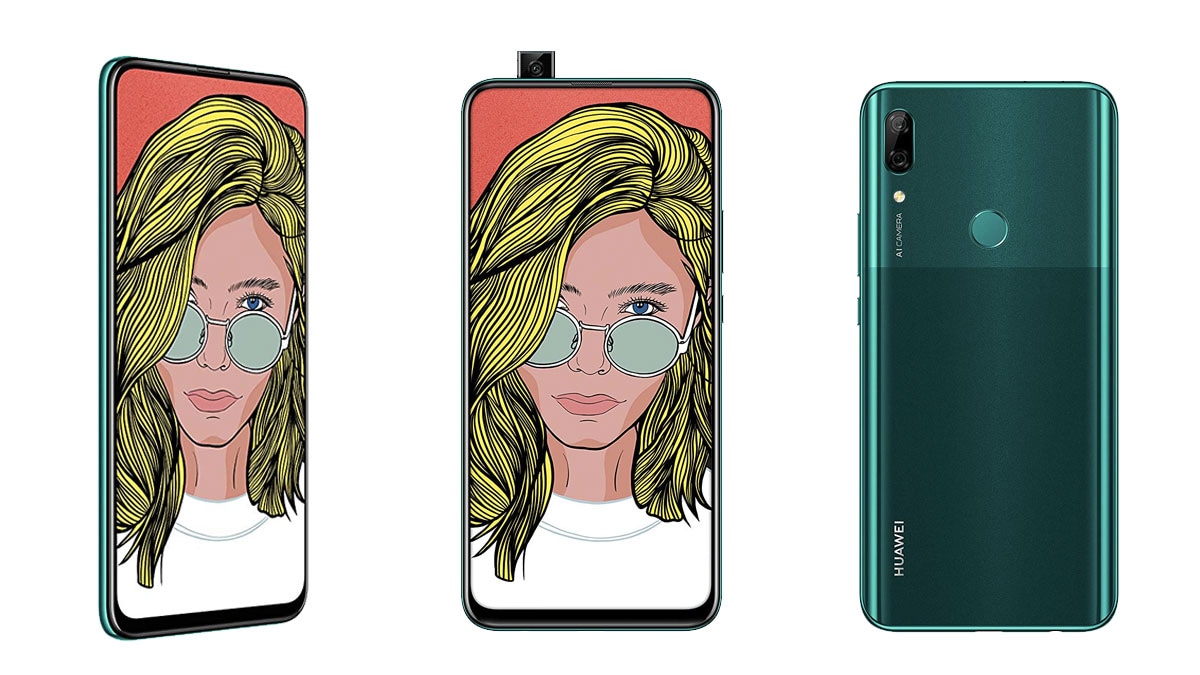 Huawei is having a hard time keeping its upcoming smartphone, the P Smart Z, under wraps. The smartphone had first surfaced last month and thanks to a leaked press render, we got a fair idea of how the smartphone is going to look like. Now, the smartphone has popped up again, this time on Amazon Italy, in turn revealing more specifications as well as its price. Set to join the Huawei P Smart (2019) and P Smart+ (2019), the phone is expected to be announced soon.

Huawei P Smart Z’s Amazon listing also mentions the dual camera setup at the back, which houses a 16-megapixel primary camera sensor with an f/1.8 lens and a secondary 2-megapixel camera. The pop-up selfie camera is listed to be a 16-megapixel sensor with an f/2.2 lens. Further, the phone will pack a 4000mAh battery and a USB Type-C port. The phone weighs 196.8 grams and has a dual Nano SIM slot with support for 4G as well as VoLTE. The phone is also said to be coming with a microSD card slot (up to 512GB).

The Huawei P Smart Z has also made an appearance on Geekbench, which shows it featuring an octa-core processor along with 4GB of RAM, same as the Amazon listing. The Geekbench listing also notes that the P Smart Z will be running EMUI 9 on top of Android 9 Pie.