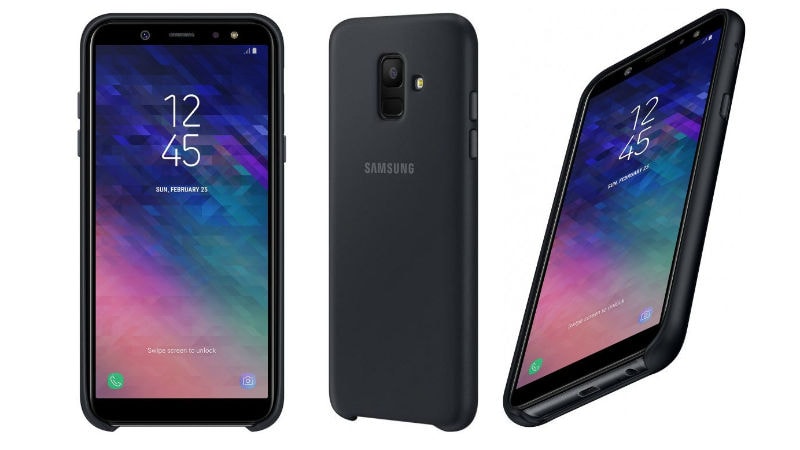 Galaxy A6 and Galaxy A6+ are expected to launch this year as two new mid-range handsets from Samsung. Earlier this month, the smartphones were spotted on the company’s official site. While not many details were revealed, another leak outed the alleged specifications of the Galaxy A6 duo. Now, a couple of new reports have leaked some renders of the smartphones and their cases, giving us more details about the design of the handsets, which appear to be quite similar to that of the Galaxy S9 flagships.

Alleged official case renders of the Galaxy A6 and Galaxy A6+ have been leaked by a Dutch website Galaxy Club, and offer a look at what to expect from the handsets. The leaked images reveal some key details such as the fact that neither of the smartphones will come with a physical home button, but will include the Infinity Display and a fingerprint reader below the camera.

Also, the Galaxy A6+ appears to be the only variant that will sport a dual camera setup at the back. Additionally, the smartphones have included the 3.5mm headphone jack. The report also reveals that the Galaxy A6 duo will come with Exynos 7870 SoC paired with 3GB or 4GB of RAM. 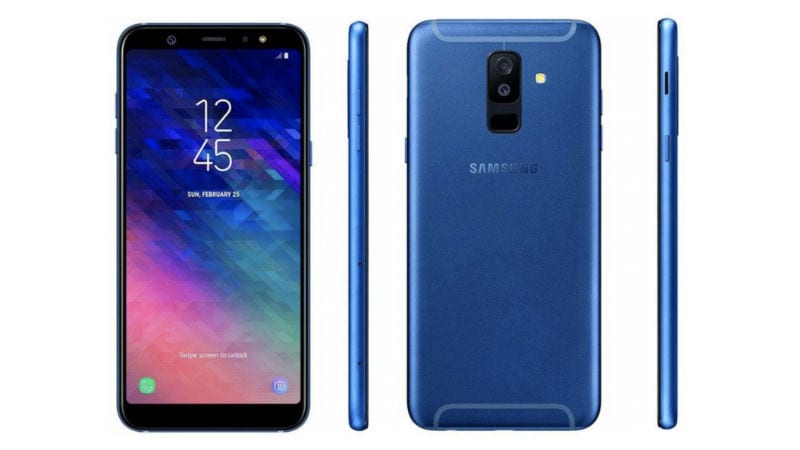 Meanwhile, some other renders showcasing the Galaxy A6+ have also surfaced on another Dutch website Techtastic. As per the leaked images, the smartphone appears to have a metal unibody design and some newly designed bumpers. The images suggest that the smartphone will be launched in at least two colour variants – Gold and Blue. In the earlier leak, the position of the loudspeaker was not revealed but the new images suggest a strange placement – above the power button on the right edge.

As per the leaked images, the smartphones come with two removable trays on the left edge. This essentially means the Galaxy A6+ will have a tray to hold dual SIM cards as well as a tray to accommodate a microSD card, instead of a hybrid SIM tray. These leaks, however, should be taken with a pinch of salt as it does not come from an official source.

To recall the specifications of the smartphones, previous reports had suggested that both variants will include Infinity Displays with a resolution of 1080×2220 pixels in a 18.5:9 aspect ratio, and a pixel density of 441ppi. The Galaxy A6 will reportedly have 5.6-inch display, is powered by an octa-core Exynos 7870 SoC coupled with 3GB RAM, and features 32GB inbuilt storage. Its bigger sibling, the Galaxy A6+, is expected to sport a 6-inch screen, run on Snapdragon 450 SoC, paired with 4GB RAM, and come with 32GB onboard storage.