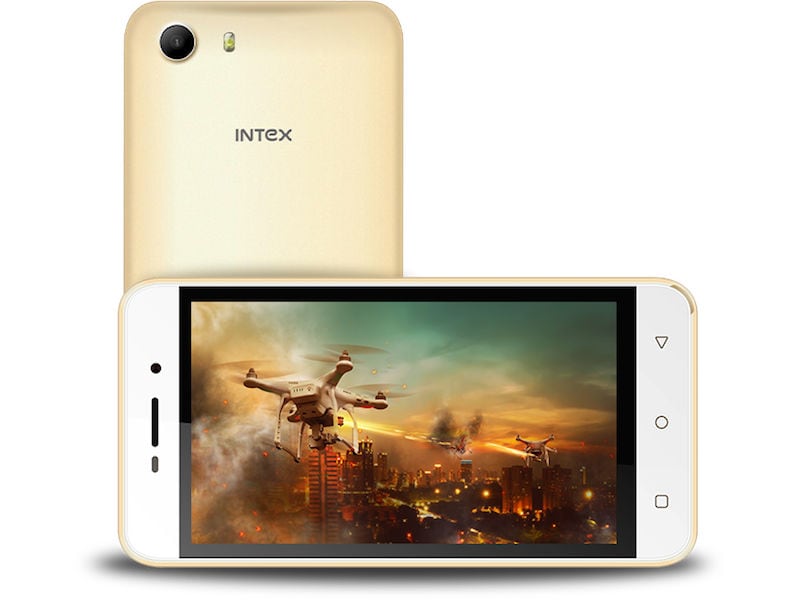 The dual-SIM Intex Aqua Raze II is powered by Android 6.0 Marshmallow. It features a 4.5-inch FWVGA (480×854 pixels) display and is powered by a 1.5GHz quad-core processor clubbed with 1GB of RAM. The Aqua Raze II sports a 5-megapixel rear camera with dual-LED flash and a 2-megapixel front with flash. The company touts a 70 percent screen-to-body ratio for the device.

Meanwhile, the Intex Aqua Pro 4G features a similar 4.5-inch FWVGA (480×854 pixels) display and runs on Android 6.0 Marshmallow. A 1.3GHz quad-core processor is found under the hood with 1GB of RAM. Optics include a 5-megapixel camera for the rear with dual-LED flash apart from a 2-megapixel front-facing camera with flash.

With the latest devices on offer, Intex now offers a number of 4G-enabled budget handsets for the Indian market. The devices will compete with devices like the recently launched Alcatel Pixi 4 (5) and the iBall Andi Wink 4G.